The Story Behind the "NGU" Collection

Failure does not define your story. Keep pushing. Never Give Up.

Growing up, I was a HUGE Kobe fan. Hell, I still am. He was pretty much my favorite person in the world. I loved basketball, and Kobe was the #1 player who made me fall in love with the game like I did. So when I started making clothing as part of the company, it was only a matter of time until the love for Kobe and his career bled through.

One of the many things that drew me to Kobe was his tenacity and dedication to the game, through the good and bad. He never took the easy way out and never cheated the game. Though he had many iconic moments of triumph, such as the 81 point game, or taking over Game 4 of the 2001Finals when Shaq fouled out, I found myself equally - or even more - fascinated by his moments of defeat, pain, and failure. Though I was only one year old when the infamous airball game took place in the 1997 playoffs, that moment grew to become one of my favorite in his career. For those who are not familiar with the moment, this is pretty much what you need to know:

It’s Game 5 of the 1997 Western Conference semifinals. Kobe, at the time, is an 18 year old rookie playing in his first NBA playoffs, as the Lakers are on the brink of elimination, down 3-1 in the series vs. the Utah Jazz. The game is close down the stretch and young Kobe decides to take on the pressure of taking some big shots that will decide the game. The fearlessness is admirable, but the outcome is not as much. He airballed - not one, not two, not three (“..., not four, not five, not six” - 2010 LeBron James) - but four shots. Without these shots falling, the Lakers ultimately end up losing the game, and the series. A tough break to have unfold in front of the entire world as an 18 year old boy.

The greatness of this story, to me, comes in Kobe’s audacity to (1) take those shots, and continue to have the confidence and desire to shoot the second, third, and fourth airball rather than losing confidence and cowering, and (2) Kobe’s response to his failure. After these airballs, Kobe does not feel sorry for himself and take a step back. He realizes that his young body is not yet built for the grind of an 82-game season and dedicates the upcoming offseason to make sure that he is strong enough so that this never happens again. And most of you know the rest - a lot of big moments, big shots, game-winners, and five championships along with one of the most decorated basketball careers to show for it.

As we tried to capture the essence of this moment for the NGU collection, we wanted to capture the pain of failure, but even more importantly highlight how this failure served as a major building block in Kobe’s career. The first thing you see on the front of the tee are the words “Never Give Up”, Lakers style, positioned with a championship trophy. Though everybody may not be competing for an NBA championship trophy, everybody has their own personal trophy that they should aspire to. We hope that every time you wear this piece, or see it on the chest of somebody else, it serves as a reminder to channel your failures and pains, never give up, and keep pushing towards your personal championship trophy. 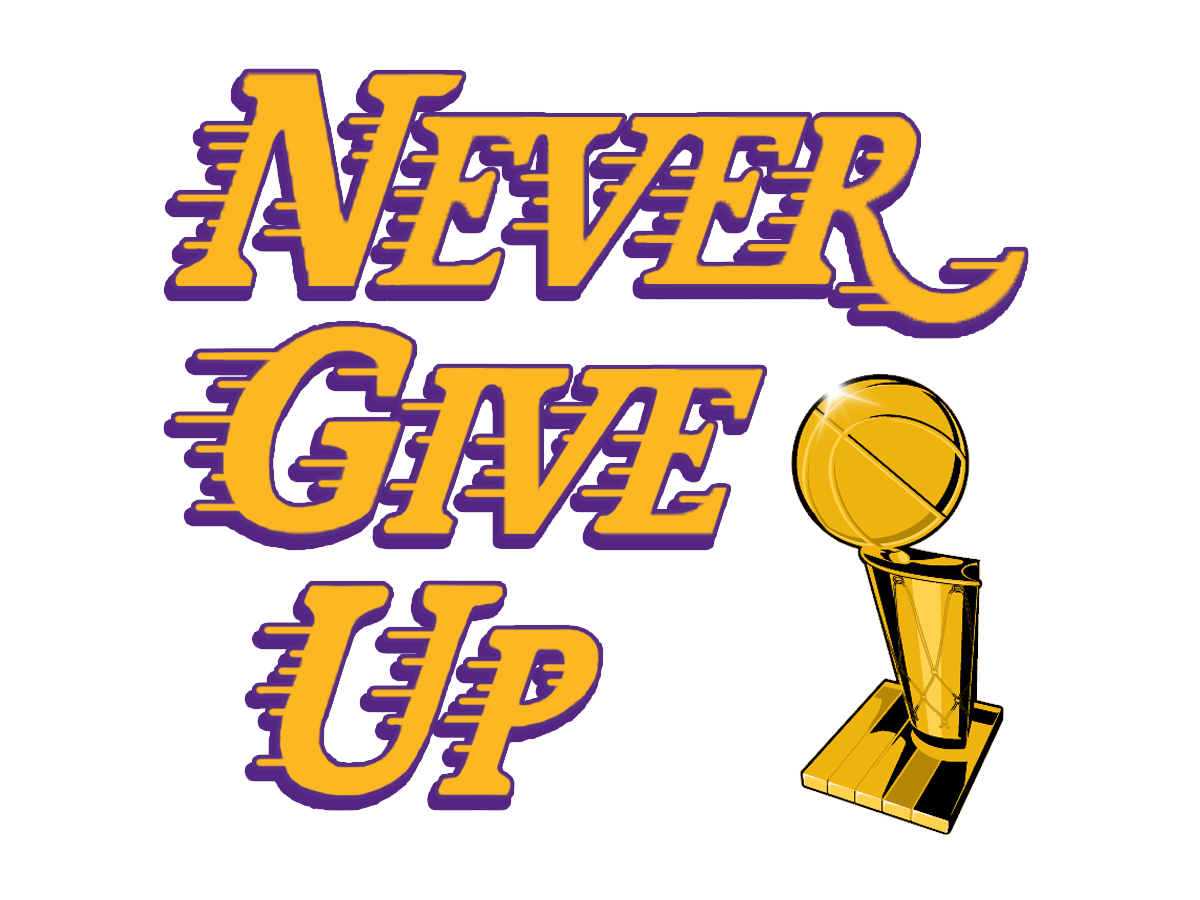 We wanted the back of the piece to provide more context for the theme of the collection on top of the words that are shown on the front. The famous photo of Shaq giving Kobe words of encouragement as they walk off the court in defeat is a photo that was the first inspiration for the collection, and, in turn, ended up being the centerpiece of the back design. We love this photo because while it shows Kobe’s disappointment from his failures, Shaq’s big-bro moment gives an uplifting undertone to the photo, one that characterizes the moment and the collection perfectly. The support and strength to keep going through tough times.

Shaq picking up a young Kobe as they walk off the floor in defeat, having been eliminated from the 1997 Western Conference semis. 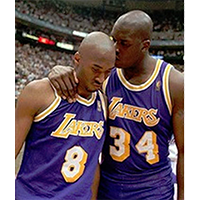 The photo is framed in elegant gold, as if it were a snapshot of a moment in history in a museum, complete with the date engraved in the frame. This was not how we initially planned to put the back together. Initially, we wanted to include each individual airball in the design. We illustrated each airball and positioned them together to serve as a frame for the centerpiece. However, when we put the airball illustration frame together, there became a lot going on and we decided to opt for simplicity in design, as the story was already told through the powerful centerpiece photo and the accompanying text and designs in the collection. Real ones will know where the centerpiece photo comes from. The back design is completed with the tagline of the collection - “Failure does not define your story. Keep pushing” - and the Sneaks branding below the framed centerpiece.

The collection features a tee shirt and an embroidered hoodie. We hope that whenever you put yours on, it serves as a figurative oath to stay strong and keep grinding for what you believe in. Thank you for taking a deeper look at the collection, we hope you all enjoy it. Never Give Up.

You can shop The NGU Collection on our webstore now. 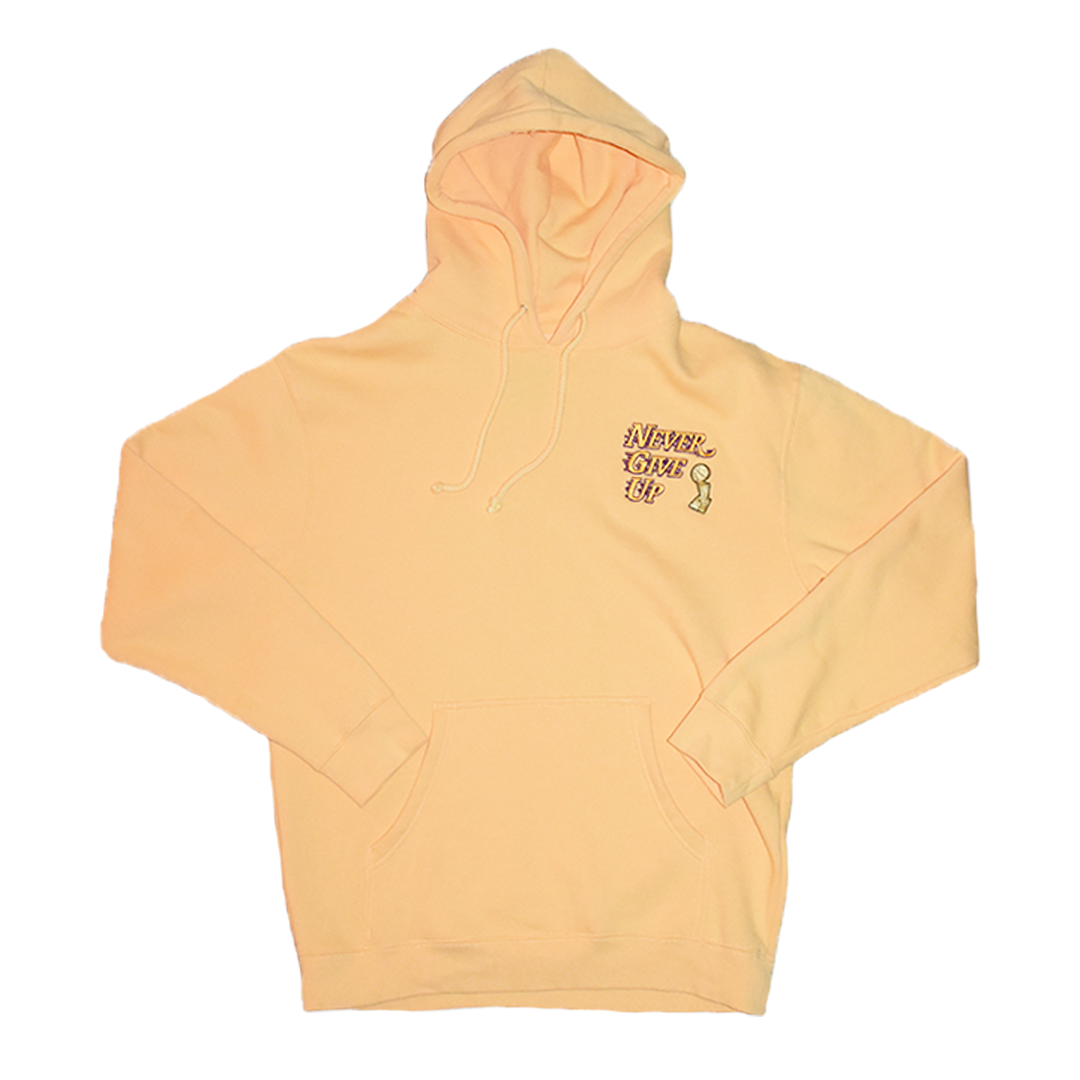 All embroidered front detail and printed back design on an ultra-comfortable hoodie.

Printed front and back designs on a comfortable pigment-dyed tee. 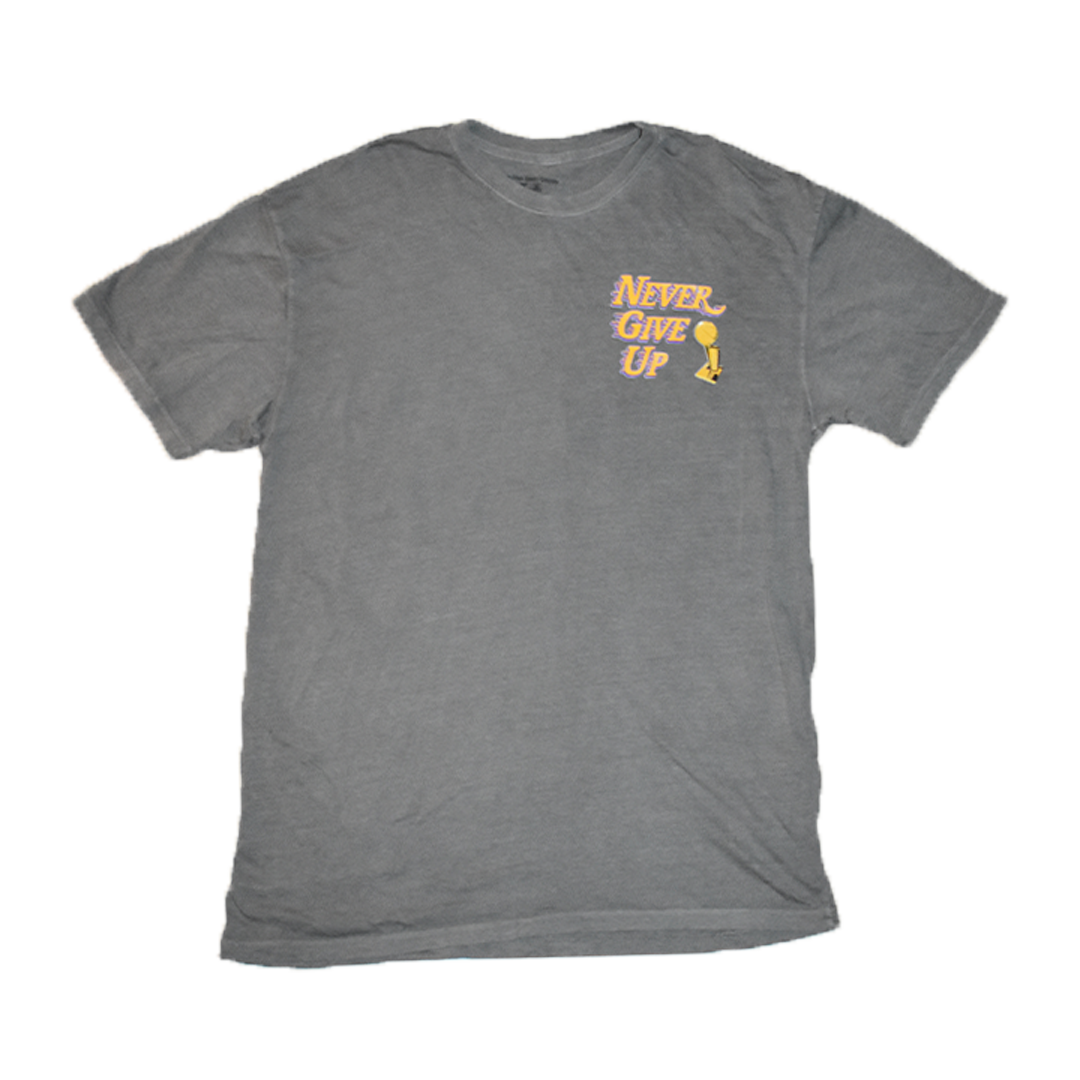